This page is an excerpt of the message from Endo Shihan, which was published in Saku Aikido News, “COSMOS” (from July 1993 to October 2002).

PRACTICE BASICS; BE AS FREE

Aikido began to spread about 50 years ago in Japan, and for the past 35 years it has expanded across the world. The popularity of Aikido today is quite remarkable; Aikido organizations have already been authorized by the Hombu Dojo in more than 70 countries, and although not yet authorized, Aikido is becoming popular in many other countries. As Aikido continues to spread, and the number of students with at least 20-30 years of practice increases further, I sometimes think about the kind of practice that we should strive for.

I think we practice to achieve dynamic movement and a freedom that lies within that movement. However, I actually find that the students who have been practicing for a longer time tend to be stiffer and are very stereotyped in their movement. How does one perceive one’s practice? What significance can we find in the continual repetition of the same waza practices?

I recall a story about Pablo Casals, a great cellist who both played and prayed for world peace at the time of the world wars. At the age of thirteen, he found Bach’s Unaccompanied Cello Suites that no one was interested at the time, and began to play these suites every day. As Bach’s suites consist of six movements, he played one a day and so each movement at least once a week. He continued this practice daily until he died at 96. “It is a kind of prayer at home,” he said. I guess he may have purified his mind first by playing one of Bach’s suites, and thus refreshed he was able to give his excellent performances. believe that the creative performances of a genius like Casals are the result of a “liberation of mind and body” that he was able to reach through his earnest pursuit of basic practice. In spite of the difference between music and Aikido, I have been truly inspired by his story, and feel that there is something important in it for me as I pursue the practice of Aikido throughout my life.

Ueshiba Morihei, the Founder of Aikido, in his later days would sometimes appear at the Hombu Dojo and ask the Shihan in charge of the practice at that time, “What are you teaching now?” The Shihan would answer that he was demonstrating shiho-nage, to which the Founder would reply, “What is shiho-nage?” In his practice the Founder demonstrated his waza freely often doing the same technique in many different ways, saying “Now, do it this way” and “This time, like this”. He used to say that Aikido is the way of Kamnagara. My understanding of the way of kamnagara is being and acting in a natural manner. I believe that the Founder was always natural in behaving against the opponent’s attack and producing his waza to it. Only the liberation of mind and body can enable you to fully utilize your body, free from a mental bias dictating that the waza be done in a specific way.

Keeping the basics, being creative and behaving naturally, that is the liberation of mind and body that Casals and Morihei both reached. Shall we follow their lead? (July 1997) 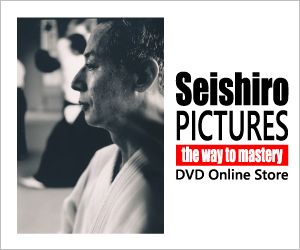